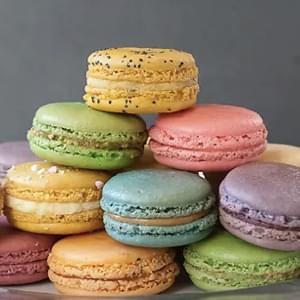 "It almost feels like there's no Covid here—or a lighter version," a San Francisco restaurant owner remarks when he tells his story from the southwest U.S. city where he's now living.
He, his wife and two daughters transplanted themselves after closing a family-friendly restaurant of 16 years that didn't survive the city's draconian, ever-shifting mandates.
Where they are now, schools are open full time, as are restaurants, barbershops, and gyms. Also, he needed to get his family somewhere where his teenage daughters could thrive. They're playing sports in school right now in their new city, while in San Francisco, teens are learning digitally and only doing non-contact fitness in small groups.
He didn't want to leave, and he didn't want to close the restaurant. "It was the most difficult decision I've made in my life," he says. "Looking at it more coldly now, I should have closed in March, the day they implemented this lockdown. But I didn't know. I wanted to save my employees' jobs. I wanted to stay open for the neighborhood that supported me all these years."
"The day the lockdown happened, that very day, I launched online ordering. We beefed up the pizza menu... But we were also being given incorrect information. People were panicked. When the shutdown started, they said it would be for two weeks. Then they said one month. Then they said two months.
The next rallying cry was 'July 13th.' That would be the magic date with 50 percent indoor dining. We were told to prepare to re-hire staff. And then a few days before July 13th, we learned it wouldn't be happening. There was no re-opening in sight. Now it's been six months. Six months of extreme stress, thousands and thousands of dollars of losses each month."
He created a gofundme for the employees and tried to get them new jobs with his contacts in the industry. But he had to call it a day and move on, with regret.
"People," he says, "are more afraid in SF than in other areas. It's strange how this thing has become political," he says. "Was San Francisco smart, and did the city save lives? Or will the other areas reach herd immunity quicker and have less devastating economic effects? In a year or two, we'll know." 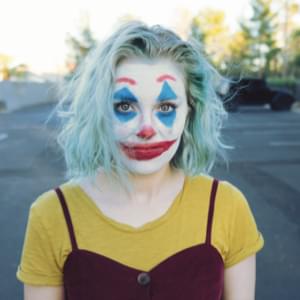 For the past 20 years, she made 60% of her income as a kids' entertainer. "It was perfect for my personality," she says. "It was hard work. I was good at it. It was fulfilling." She has a theater background, and clowning, she says, was a natural.
"I made a good living. I wasn't rich; I wasn't poor. I enjoyed the freedom of participating in society in a way that was commensurate with my gifts," she says. "Now: absolute zero due to Covid. No interaction with any people whatsoever. Total lockdown. Total welfare and dependency on the government."
She's not happy about it. That she can't interact with children doesn't seem fair, she says, considering the data. "There's very few cases of kids giving it to adults or kids even having it. So it seems completely crazy to me." And, she adds, with a kind of children's entertainer flair, she'd like to "not have the government put their big nose in it." According to most articles she reads and stories she views on TV news, any close contact with anyone is extremely risky. "It drives us crazy as entertainers. We're depressed. Out of work. Forced to take menial jobs. It's completely demoralizing."
She says a musician friend of hers committed suicide. He hadn't worked for a long time and couldn't see any way out. "People were saying, 'I don't know if you'll EVER be able to play again.'"
"A lot of people are afraid of the virus, but a lot of people are seeing through it," she says. "They think it's an overreach." But if you do think that, she says, you don't want to say it because you'll get criticized or accused of being a "spreader."
"I feel like a lot of parents know it's bullshit and they're just trying to play along with it. They don't really care if I take my mask off. They don't care if the kids come up to me and I face paint them. Everybody's kind of trying to play along so someone doesn't come along and say they're a terrible parent."
She did do a couple of gigs, and that's the vibe she got, she says. All of her entertainer friends are looking for other careers now. There's a lot of not knowing what to do, she says.
She's glad the entire country wasn't locked down, that states got to make their own decisions. "That's why we have Florida open, and Georgia, and South Dakota," she notes, in contrast to her state. But she says there are a lot of entertainers that buy into the lockdown. She doesn't. "It's a serious illness, but I don't think it's enough to change the whole society and lock down 40 million people in California. I think it's bullshit."
She thinks we can get through this another way. She has a lot of anxiety and a lot of anger.
"I can't work from home. I have to be face-to-face to make a living. It's completely obliterated any human contact with another human being unless it's some kind of commerce, like a Casino or Walgreen's or food. There's so much more to society than just the essentials."
As for the kids, she does what she can still do to raise the spirits of the ones who need it. "The kids now, I find the kids are worried about the 'bad bugs' out there. The 'bad bugs out there are going to get them.' I have to give them a pep talk that they have 'good bugs' inside them that are really, really strong. I did have to talk to a couple kids about that. One girl was talking to me about God quite a bit...."
But she also recognizes that there are kids who are protected by qualities unique to childhood. "The rest of them are like, 'I'm just doing what I'm supposed to do and wearing a mask.'" She says she did see a boy who didn't have a mask, and was constantly pulling a t-shirt over his nose. "He seemed really worried," she says. "But the majority of the kids were like 'whatever,'" she laughs. "'Gotta wear a mask; whatever. Just get me a balloon.'"